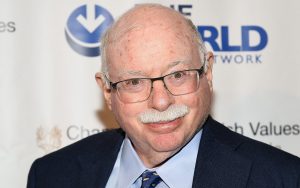 Michael Steinhardt is an American Jewish hedge fund manager, investor, newspaper publisher, financer, and philanthropist. He graduated high school at 16 and finished his undergraduate degree from the Wharton School of Finance of the University of Pennsylvania when he was still a teenager.

He started his career at the mutual fund Calvin Bullock and then went on to work at the brokerage firm Loeb, Rhoades & Co. (the precursor to Shearson Loeb Rhoades). In 1967 he founded the hedge fund Steinhardt, Fine, Berkowitz & Co. In 1995 Steinhardt closed the hedge fund to devote his efforts and fortune to the emerging needs of the Jewish world.

Michael and Judy Steinhardt direct their Jewish philanthropic giving through The Steinhardt Foundation for Jewish Life, for which he acts as chair. They have given over $125 million to a variety of Jewish and New York-based causes including Birthright Israel, Hebrew Charter Schools, New York University’s largest graduate school, the Brooklyn Botanic Garden, and the Metropolitan Museum of Art.

In 2001, Michael Steinhardt and several other investors established the New York Sun, a niche New York City newspaper. That same year, Steinhardt published his autobiography entitled No Bull: My Life in and out of Markets.

Steinhardt is also a collector of art, particularly antiquities.